Akshay Kumar, one of the top-paid actors in Bollywood, has been reportedly honoured by the Income Tax department as the ‘highest taxpayer’ in the country yet again, according to news agency ANI.

An honorary certificate issued by the I-T department to Akshay Kumar on July 24 is being widely circulated on social media platforms. However, no response has been received from the actor or his family yet. 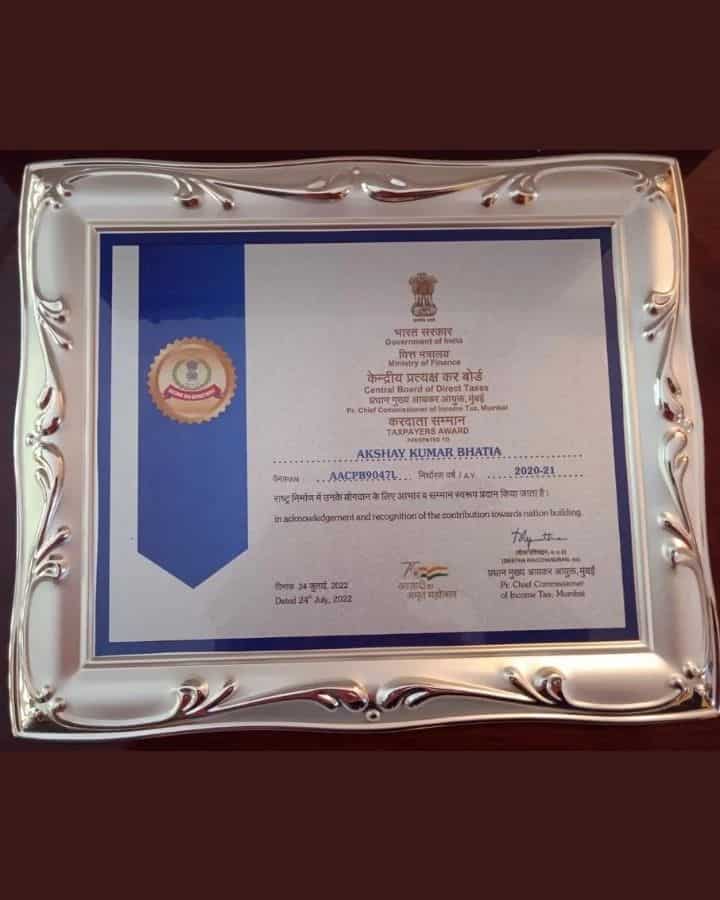 The Khiladi actor, who is for his discipline and hardwork and choices of films, recently appeared on ‘Koffee With Karan’ season 7 alongside Samantha Ruth Prabhu. The two stars lit up the couch with their candid conversations.

On the show, Samantha joked that Akshay Kumar’s per-day fee, probably, is bigger than her salary for a full film.

Akshay Kumar was last seen in ‘Samrat Prithviraj’. He will next appear in ‘Raksha Bandhan’. The film is set to release on August 11 on the occasion of Raksha Bandhan.