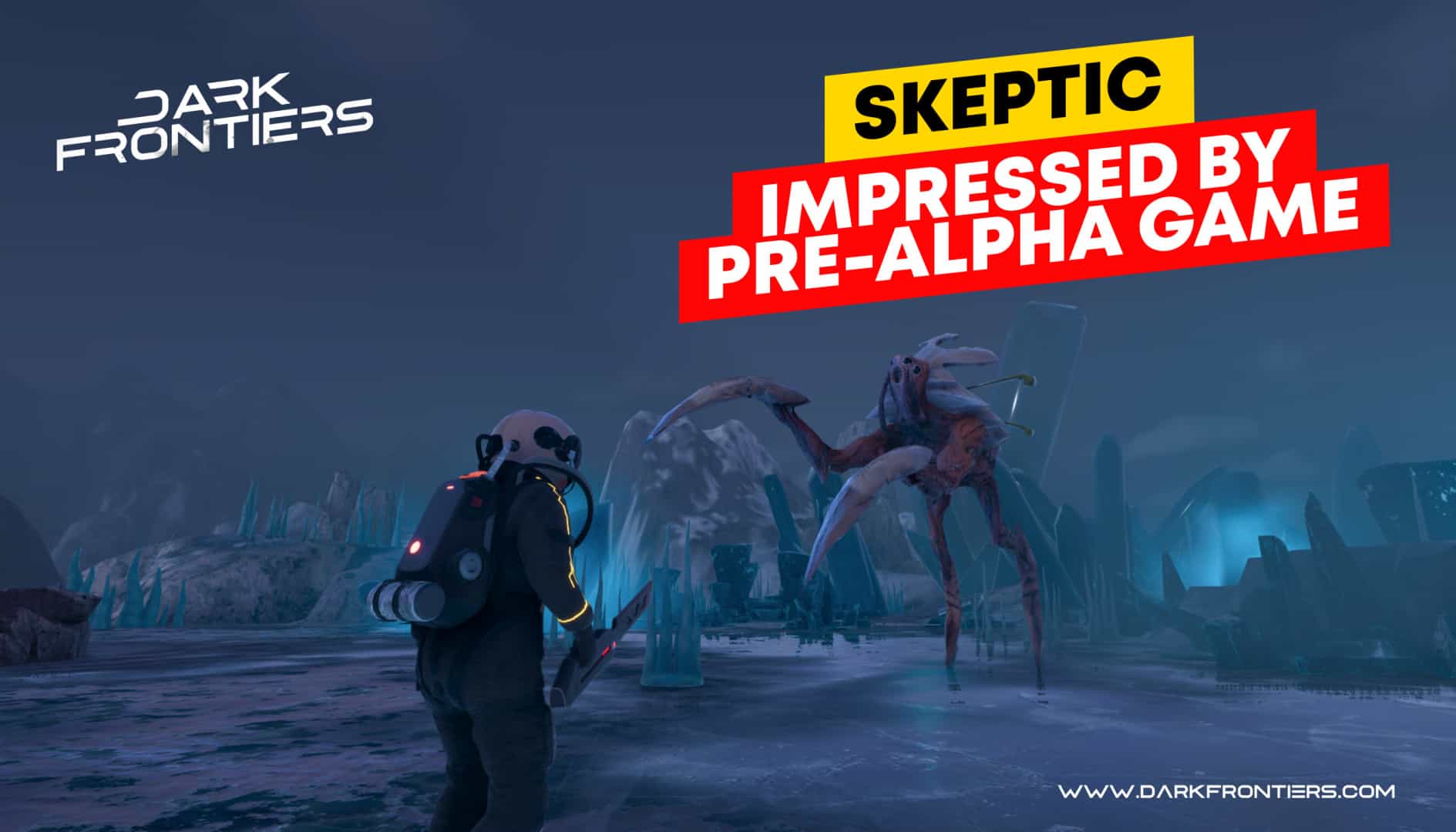 Dark Frontiers, a sci-fi MMO developed by Gamestarter, has given one of its most notorious community members access to its pre-alpha release. CryptoSF, an early supporter who had begun to harbor doubts about the project, was allowed to play an early release of the blockchain-powered game.

CryptoSF was impressed with what he experienced, noting: “I found the base very attractive and interesting, and the game was smooth even with the most basic system requirements.”

CryptoSF added: “I loved the graphics. Gearing up for adventure is also another aspect I liked with regards to my testing.”

Dark Frontiers will be the first title to implement Gamestarter’s innovative Play 2 Immerse (P2I) mode. This model aims to leverage gaming communities and guilds and rewards the most active players for their actions. Players can earn $DARK tokens by helping out newbies, writing how-to guides, and being a pillar of the Dark Frontiers community.

Elaborating on his experience of the pre-alpha, CryptoSF said: “The game is fun to play and way ahead of other similar titles that are fighting for market share in this segment. I think that DF being a Gamestarter Originals is what makes Dark Frontiers stand out. I enjoy the clear social communication too since it builds confidence which will help to retain the community that supports the project. Dark Frontiers is definitely worth the wait.”

CryptoSF also had some general feedback to impart concerning scope for project improvement: “A live AMA with the actual dev team would be nice. Some of us in the community feel it would be nice to know the team, their background, struggles and experiences, and so on. Community involvement in creating or naming some of the aliens would also be great for engagement.”

As a community-centric game, Dark Frontiers has incorporated suggestions from its earliest supporters. Its team has promised to refine the art and gameplay to accommodate community sentiment. This includes having a greater focus on the freedom and choices of each player.

The $DARK token is where both players and investors will be able to benefit. Players will be able to buy upgrades and plots of land with the token, and owning land, a moon, or planet will generate interest for players staking property. This will create a virtuous circle, where the price of $DARK will increase, thus benefiting investors too.

Dark Frontiers is a new sci-fi MMO developed by Gamestarter in which GameFi and NFTs play a key role. NFTs will be used for staking, item ownership, and the creation of real-world value through in-game items.

The title features high-quality graphics, a stellar soundtrack, and an overall feel which is reminiscent of great off-chain titles. Starting from a rugged moon base, players will fight aliens and join alliances, form guilds, defeat PVE, and PVP opposition, and discover new NFTs that can either be used to enhance their arsenal or be sold on secondary markets.