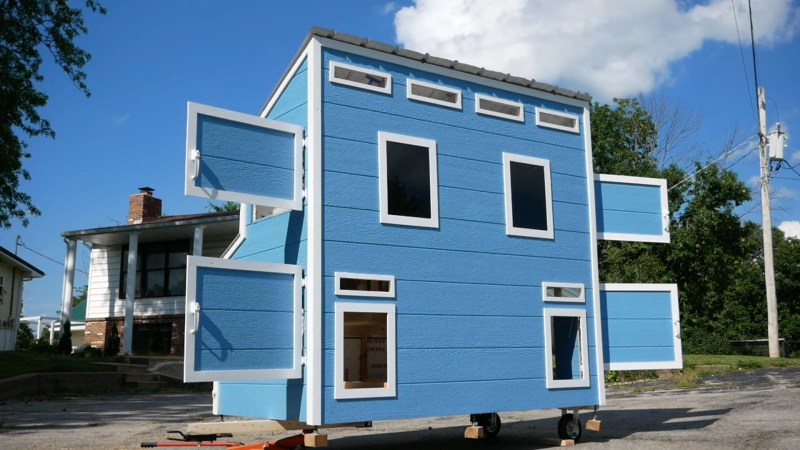 You might recognize [Robert Dunn] from his YouTube channel Aging Wheels, where he hacks on all sorts of automotive delights. On his other channel, Under Dunn, [Robert] tends to focus on building things. In this case, his nine chickens grew a bit, and he needs a new coop for his twenty chickens, three turkeys, and two geese. The build, the video, and the outcome are all typical of [Robert Dunn]’s videos- that is to say fun, informative, and easy to follow along with.

Rather than building on to his existing coop that was designed for less than a dozen chickens, [Robert] decided to start from scratch. Using CAD to overcomplicate matters at every possible step, the build flies together with impressive speed- but never quite takes off until the very last moment.

The video highlights all the things we want to see: The CNC’ing, the fails (including one very large fall-flat-on-your-face moment), the recovery from the fails, routed butt joints, and screen door handles. It’s also got all of the overengineered goodness we’ve all come to love. You’ll also enjoy his solution to moving, then fixing, then finally installing the coop.

If you enjoyed this, and watching people fail, check out [Robert]’s Fail Of The Week that we featured a while back.

Thank you [hackbyte] for the tip!

A Solar-Powered Point-and-Shoot, Circa 1961

Infinite Axis Printing On The Ender 3