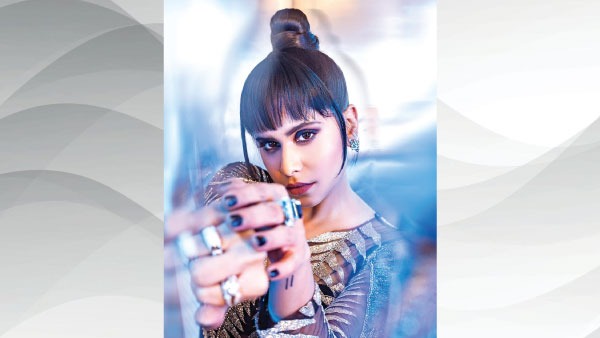 The 67th Filmfare Awards happened to be one great night in honour of the best Hindi-language films of 2021. The Filmfare Awards 2022 red carpet event turned out to be another glamourous highlight of the evening that captured several renowned names of Bollywood!

The red carpet is inevitably one of the most happening events that frame all the B-Town’s celebs in their aesthetic best. It has been witnessing quite an evolution in the celeb’s fashion statement and celebrities flexing their best with their designers owning all the credit.

Amidst the shimmery ambience, the Mimi famed actress Sai Tamhankar stole the spotlight with her glamorous outfit. She wore a mesmerising golden-stripped piece that gained her all the attention. She walked down the red carpet in style, carrying all the poise and vigour for the evening. The actress was admired for her contribution in the surrogacy dramedy Mimi starring Kriti Sanon. Sai Tamhankar’s performance in Mimi won her Filmfare Award for the Best Supporting Role – Female at the grand event. The actress had earlier won the same at the IIFA Awards 2022.

The actress was dressed in an enthralling outfit that instantly raised the heat. Dressed with a neat sense of allure, Sai made heads turn, making her an instant talk of the event.

Sai’s pictures went viral immediately and her fans couldn’t keep calm! Her ravishing looks captivated us, and it’s now you who we got to ask – did it get your attention?

GET THE BEST BOLDSKY STORIES!

You have already subscribed