Prime Minister Narendra Modi on Monday unveiled the national emblem cast on the roof of the new Parliament building here.

The inauguration of the emblem, which is made up of bronze with a total weight of 9,500 kg and is 6.5 metre in height, marks the first major milestone ahead of the new building’s scheduled opening for later this year.
Authorities have maintained that Parliament’s Winter session will be held there. 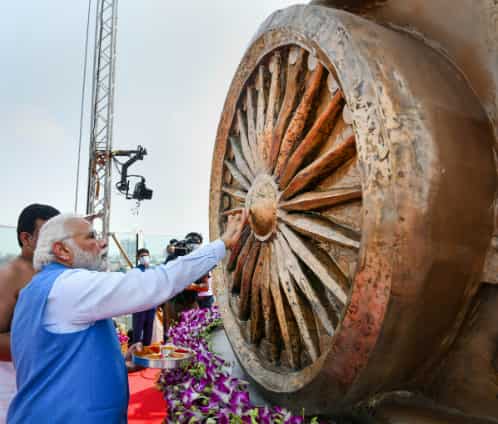 Officials said the emblem has been cast at the top of the central foyer of the new Parliament building, and a supporting structure of steel weighing around 6,500 kg has been constructed to support it.

The concept sketch and process of casting of the national emblem on the roof of the new Parliament building has gone through eight different stages of preparation from clay modelling and computer graphics to bronze casting and polishing, they said. 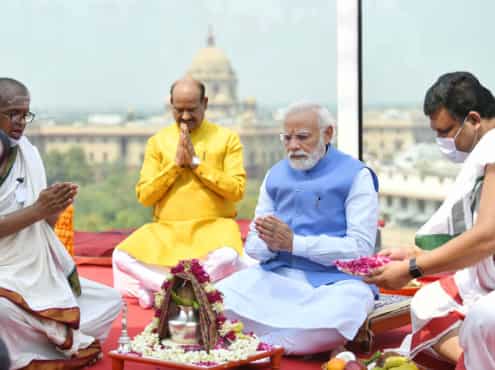 The prime minister also interacted with workers involved in the building’s construction and told them that they should feel proud of their work. They are making a very big contribution to the nation’s pride, he said. 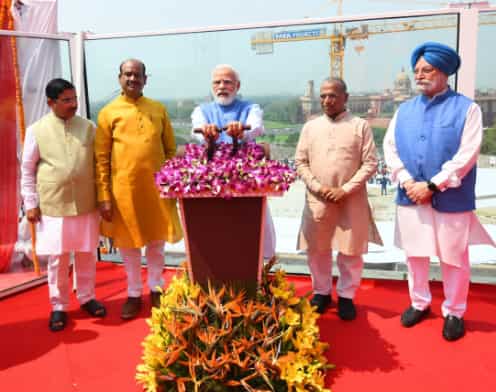 “I had a wonderful interaction with the Shramjeevis who have been involved in the making of Parliament. We are proud of their efforts and will always remember their contribution to our nation,” he tweeted.

When a worker expressed joy at his visit to the site and likened it to Lord Ram’s arrival at Shabri’s hut, a reference to epic Ramayana, Modi said light-heartedly, “Wah, wah, this is your hut!” He then added that every poor person of the country should also feel that this is his hut. “You have said a very good thing,” the prime minister said. 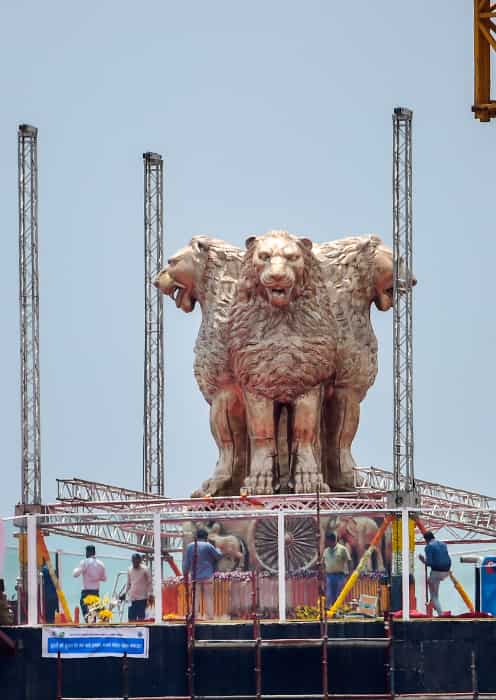 When he asked them if they feel that they are making a building or history, they said in a chorus, “History”. 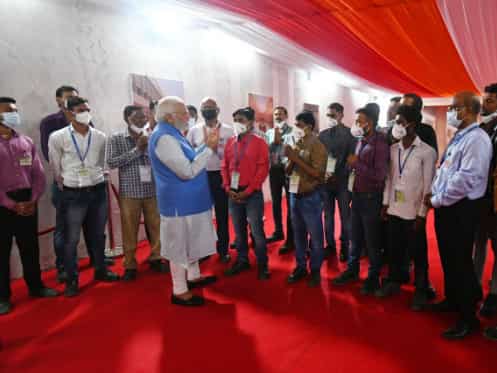 Modi enquired about their well-being and if they have got themselves vaccinated against COVID-19.