McTerminals Give The Hamburglar a Chance 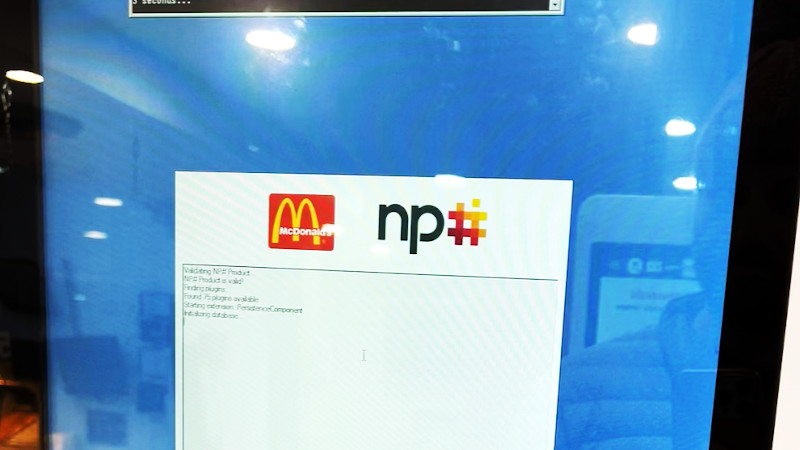 The golden arches of a McDonald’s restaurant are a ubiquitous feature of life in so many parts of the world, and while their food might not be to all tastes their comforting familiarity draws in many a weary traveler. There was a time when buying a burger meant a conversation with a spotty teen behind the till, but now the transaction is more likely to take place at a terminal with a large touch screen. These terminals have caught the attention of [Geoff Huntley], who has written about their surprising level of vulnerability.

When you’re ordering your Big Mac and fries, you’re in reality standing in front of a Windows PC, and repeated observation of start-up reveals that the ordering application runs under an administrator account. The machine has a card reader and a receipt printer, and it’s because of this printer that the vulnerability starts. In a high-traffic restaurant the paper rolls often run out, and the overworked staff often leave the cabinets unlocked to facilitate access. Thus an attacker need only gain access to the machine to reset it and they can be in front of a touch screen with administrator access during boot, and from that start they can do anything. Given that these machines handle thousands of card transactions daily, the prospect of a skimming attack becomes very real.

The fault here lies in whoever designed these machines for McDonalds, instead of putting appropriate security on the software the whole show relies on the security of the lock. We hope that they don’t come down on the kids changing the paper, and instead get their software fixed. Meanwhile this isn’t the first time we’ve peered into some McHardware.

2022 Hackaday Prize: Congratulations To The Winners Of The Hack It Back Challenge

Mapping Out The LEDs On An Outlet Tester