After increasing security deposit of domestic liquefied petroleum gas (LPG) connection, the oil marketing companies have hiked rates of commercial LPG connections too. The new rates will come into effect from Tuesday, June 28, 2022. 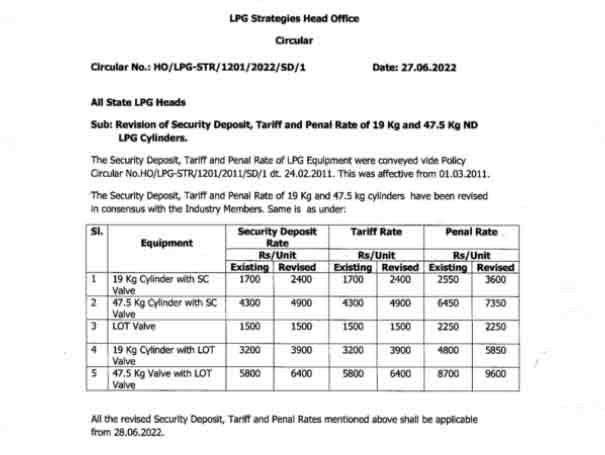 Earlier, the oil marketing companies had increased the one-time security deposit for domestic LPG connections on June 16. The deposit was hiked from Rs 1,450 to Rs 2,200, a hike of Rs 750.

The security deposit for two cylinders on the new connection was Rs 4,400. For a 5 kg cylinder, the security money had been increased from Rs 800 to Rs 1150. Besides, Rs 150 and Rs 25 will have to be paid for the pipe and passbook respectively.

8 years of ‘Make in India’! Annual FDI nearly doubles to $83 billion since inception of the campaign | Details

India is on track to attract $100 bn FDI this fiscal: Govt